If there’s something strange in your neighborhood, we’ve got you covered with everything you’ll need to go ghost hunting and some of the best places to find ghosts. 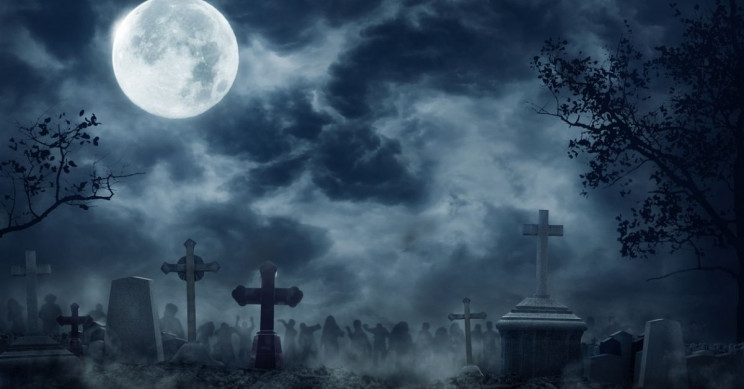 In October 2019, the website YouGov published the results of their survey which showed that 45% of Americans believe in ghosts. The survey also determined that Republicans are more likely than Democrats to believe in ghosts.

One of the foundations of physics is the First Law of Thermodynamics, which states that, “energy can be transformed from one form to another, but can be neither created nor destroyed.” And thanks to Albert Einstein, we also know that matter and energy are related.

We know that when we die, some of our “energy” is released into the environment in the form of heat. If we are buried, some of our energy is transferred to worms and bacteria, however, is it possible that some portion of our energy continues on in some as yet unknown form?

In 2014, Christopher French, a professor of psychology at Goldsmiths, University of London described in The Atlantic how there is an “emotional motivation” for people to want to believe in ghosts. French told the publication, “The vast majority of us don’t like the idea of our own mortality. Even though we find the idea of ghosts and spirits scary, in a wider context, they provide evidence for the survival of the soul.”

Stories of ghostly encounters abound. In a story reported in The New York Times, one afternoon in 1953, on Long Island, three children were watching Ding Dong School on TV when the ghostly face of a woman appeared on the screen. The face remained even after the TV was turned off. In desperation, the children’s father turned the television to face the wall.

Spirit photography was all the rage in late 19th-century Britain, with proponents including none other than the creator of Sherlock Holmes, Sir Arthur Conan Doyle. In fact, Doyle published a book in 1922 supporting spirit photography entitled, The Case for Spirit Photography.

In a group photograph taken in 1919 of Sir Victor Goddard’s Royal Air Force squadron, a ghostly face appears next to the airman in the top row, fourth from the left. The face is that of Freddy Jackson, a mechanic who had been killed two days prior to the photo being taken.

In 1936 in Norfolk, England, the photo below was taken of “The Brown Lady of Raynham Hall.” The Brown Lady is thought to be Lady Dorothy Walpole, sister of Britain’s first Prime Minister Robert Walpole. Supposedly, after she had an affair with another man, her husband Charles Townshend locked her up in Raynham Hall, where she remained until her death.

Ghostly voices, or electronic voice phenomenon (EVP), were first recorded in the late 1950s when the painter Friedrich Jürgenson discovered ghostly voices on tape recordings he had made of birds singing in his garden. In the late 1960s, a professor of psychology at Sweden’s Uppsala University, Konstantin Raudive, recorded over 100,000 EVPs, some in a laboratory that was impervious to radio frequency signals.

The peculiar messages Raudive captured from the hereafter included, “Here is night brothers, here the birds burn” and “Secret reports … it is bad here.” In 1971, an English translation of Raudive’s findings were published in the book, Breakthrough: An Amazing Experiment in Electronic Communication with the Dead.

The stated purpose of the SPR was “to approach these varied problems without prejudice or prepossession of any kind, and in the same spirit of exact and unimpassioned inquiry which has enabled science to solve so many problems, once not less obscure nor less hotly debated.”

Today, there are ghost hunting groups located all around the world. In the U.S. they include “A Midwest Haunting,” based in Macomb, Illinois, “Ghosts of Ohio”, and “Idaho Spirit Seekers”. You can even take tours of haunted places, and we’ve included some of the most famous below.

Over the last 15 years, there has been a large increase in interest in ghost hunting, which can be traced to the television program Ghost Hunters. The series began airing on the Syfy Channel in October 2004, and due to its popularity, Ghost Hunters has continued to be shown in one incarnation or another to this day.

The original stars of Ghost Hunters were Jason Hawes and Grant Wilson, who plied their ghost hunting trade by night, and by day were plumbers for the Roto-Rooter company. In 1990, the two men had formed The Atlantic Paranormal Society, or TAPS, which is headquartered in ‎Warwick, Rhode Island. Besides hunting for ghosts in the U.S., TAPS members have also searched for ghosts in Canada, Ireland, and the UK.

A spin-off television series, Ghost Hunters Academy, which aired from 2009 to 2010, featured two additional TAPS members, Dave Tango and Steve Gonsalves. Both series displayed the types of equipment needed to pursue ghosts, and you might be surprised to learn that all of that equipment can be found at your local electronics store or through Amazon, we have some recommendations below you can reach through the source links.

Before setting out to search for ghosts, you should probably pack the following:

1. A digital audio recorder – ghosts are apparently a loquacious lot, and their murmurings are known as electronic voice phenomena, or EVP.

2. Headphones – to listen to EVPs, it’s best to use a pair of headphones rather than earbuds. That’s because headphones block out any extraneous sounds.

3. Electro Magnetic Field (EMF) gauge – ghosts apparently cause fluctuations in the magnetic field, which an EMF gauge can pick up. Be aware that EMF gauges can also pick up signals from electrical outlets, wi-fi, and appliances.

4. Digital infrared camera – will allow you to see in total darkness, and it just might pick up the image of a pesky ghost or two in the process.

6. Headlamp – if you’re going to investigate things that go bump in the night, you don’t want one of those things to be you, so be sure to wear a headlamp to light your way.

Regardless of what equipment you bring, be sure to always bring along extra batteries.

To hunt ghosts safely, it’s a good idea to follow these rules:

2. Avoid places that might be dangerous, such as graveyards, abandoned buildings, or crumbling structures. Besides the hazards these places pose, they might also attract those among the living with less than savory intentions.

3. Never trespass on private property. If you want to investigate a site, always get the owner’s permission before you go.

4. If possible, check out a location during the day, noting any potential hazards. Draw a map showing egress, ingress, roads, and walkways.

6. Always ask for permission before speaking to a ghost or taking photos. Politeness goes a long way, even in the spirit world.

7. Be sure to leave whatever location you have visited exactly as you found it.

The COVID-19 pandemic has put a stop to many tours of haunted locations, but you might want to put these on your list for when it’s safe.

1. The LaLaurie Mansion, New Orleans, Louisiana – during the early 19th century, Madame Marie Delphine LaLaurie hosted fancy dinner parties on the lower floors of her French Quarter mansion. In 1834, when authorities responded to a kitchen fire at the house, they discovered the horribly mutilated bodies of slaves in the attic.

When the public heard what had been found, they stormed LaLaurie’s house, but she had already fled to France. Soon, people began reporting hearing the screams of those who had died in the house.

2. Shanghai Tunnels, Portland, Oregon – beneath the city of Portland lie a maze of tunnels that, legend has it, were used during the early 19th-century to shanghai unsuspecting men. If you had a little too much to drink in one of the city’s saloons, you might be dropped through a trapdoor and down into one of the tunnels.

There, you would be tied up or drugged, then taken to the waterfront where you would be sold as an unpaid laborer on one of the ships docked there. The term “shanghaied” comes from the city of Shanghai, which was one of the more popular destinations for those sold into slavery. Portland’s tunnels are supposedly filled with the ghosts of those who died there while being held captive.

3. The Stanley Hotel, Estes Park, Colorado – no less a personage than author Stephen King used the hotel as the inspiration for his novel The Shining. Filmmaker Stanley Kubrick then turned King’s novel into the famous 1980 horror movie of the same name.

Supposedly, the original owners of the hotel, the Stanleys, are still hanging around in spirit form. Mrs. Stanley still plays the piano, and Mr. Stanley obligingly appears in guests’ photos. It’s also said that the laughter of children can be heard in the hotel’s hallways. Redrum.

4. The Trans-Allegheny Lunatic Asylum, Weston, West Virginia – opening in 1864, the facility was originally intended to house 250 patients but ended up housing 2,400 in what became inhumane conditions. At the asylum, patients received electroshock therapy and lobotomies, and the ghosts of people who died there are said to roam its halls.

5. The Ben Lomond Hotel, Ogden, Utah – currently called the Bigelow Hotel, the Ben Lomond was built in 1891. During prohibition, the hotel was extremely popular because it had an underground tunnel that was used to smuggle in alcohol.

Alcohol might have been the reason that one of the guests, a lady on her honeymoon staying in Room 1102, drowned in the bathtub. Since then, guests staying in that room have reported being pushed by an invisible presence, and having water suddenly start flowing in the tub.

The lady’s grown son by a previous marriage arrived at the hotel to collect her belongings and stayed in the same room in which his mother had died. He apparently became so distraught that he took his own life, and ever since then, guests have reported hearing someone talking in room 1102.

This Halloween will feature the first full moon to occur across all time zones since 1944, so this might be the ideal time to get your freak on and do some ghost hunting.

Interesting Engineering is a participant of the Amazon Services LLC Associates Program and various other affiliate programs, and as such, there might be affiliate links to the products in this article. By clicking the links and shopping at partner sites, you do not only get the materials you need but also are supporting our website.